ABOUT THE USAFA PANCA 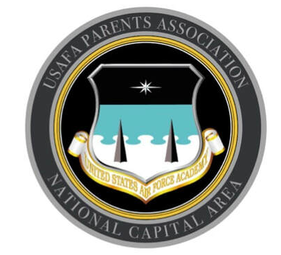 An Appointment to become a cadet at the United States Air Force Academy is an extraordinary honor. For many, it is the culmination of a life-long dream. It also is the beginning–the beginning of a four-year, extremely challenging regimen of academic, physical, character, and military training. The environment is intense and rigorous. The first year, known as the “fourth class” year, involves the greatest adjustment–primarily for the cadets themselves, but also for their parents.

Being the parent of an Academy cadet is quite unlike being the parent of a student at a traditional college or university. At a conventional college, the student leaves home and largely becomes responsible for himself. That also is true of cadets at the Academy, but, in addition, they are responsible to each other and to the United States Air Force. They are required to live in accordance with a variety of rules, restrictions, and traditions whose collective goal is to strengthen and mature them, teach them leadership and life skills, and ready them to serve as leaders and officers. Parents recognize that their cadets are subjected to extraordinary challenges and pressures, yet have only very limited knowledge of the nature of their training. The unique environment at the Academy, together with limited knowledge of the experience, leads to uncertainty in many parents regarding how they can best support their cadet.

That is where our Parents’ Association comes in. Our purpose is to support the parents and their cadets. We provide information, camaraderie, and a greater feeling of connection to our cadets and their experience. In the end, we hope we enrich the experience of parents during their cadets’ years at the Academy and play a role, albeit secondary, in the success of their cadets.

Our Association sponsors a variety of other activities:

To learn more about how our chapter operates, check out the By-Laws by clicking the link below!
bylaws_usafa_panca_may_2000.pdf